The pygidium of A. levisetti is sub-triangular with a fairly straight posterior line. The paper by Geyer and Vincent, The Paradoxides puzzle resolved: the appearance of the oldest paradoxidines and its bearing on the Cambrian Series 3 lower boundary (2014), that I had referred to regarding ovatopyge for a trilobite that I had previously placed under the nobilis species, is also the reference for putting another trilobite from nobilis into the levisetti category.  A. levisetti is a relatively new species name, but looking at the photos of the pygidiums of a number of Acadoparodoxides in comparison to each other is the reason for assigning this particular trilobite to this species (Geyer and Vincent 2014:26).

Also, the A. levisetti appears in the updated version of The Trilobite Book (2014:46), the author of whom this species is named after, Riccardo Levi-Setti, whom I had met at the Tuscon show sixteen years ago and who was willing to spend time with a green horn like myself as I showed him a complete enrolled damesella that I had picked up from one of the sellers at the Best Western motel where many sellers gather still.  From his book it is clear that the A.levisetti has longer more robust genal spines in comparison to their entire carapace than the A.briareus, though the briareus is much larger in size.  The levisetti is a large trilobite with the one pictured here being approximately five inches long.  So the differences between the levisetti and briareus is not just the pygidium which is sub-triangular for the former, but also the relative size of the genal spines in comparison to the rest of their carapace. The palpebral lobes and the glabella are similar to the genus. 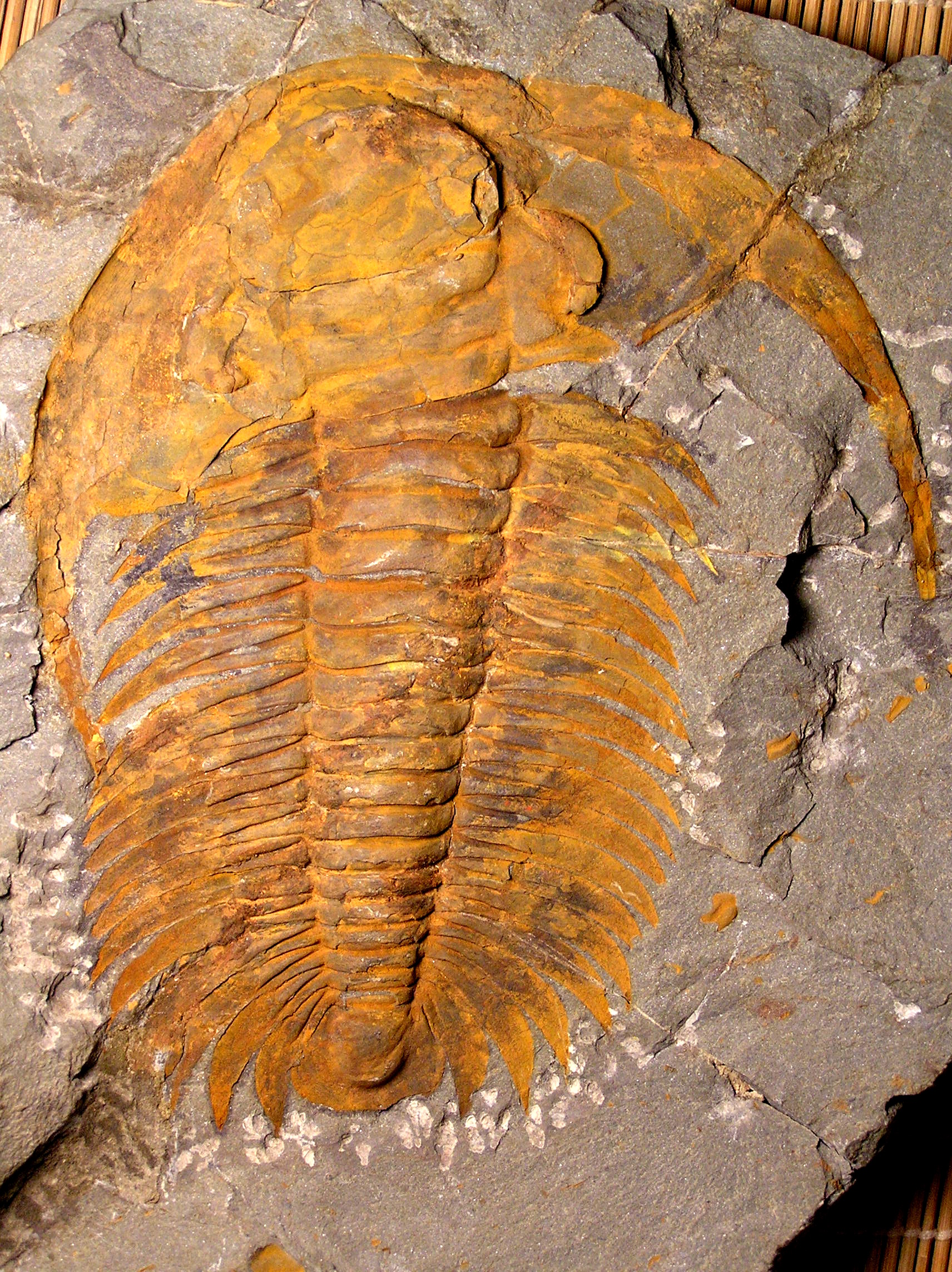 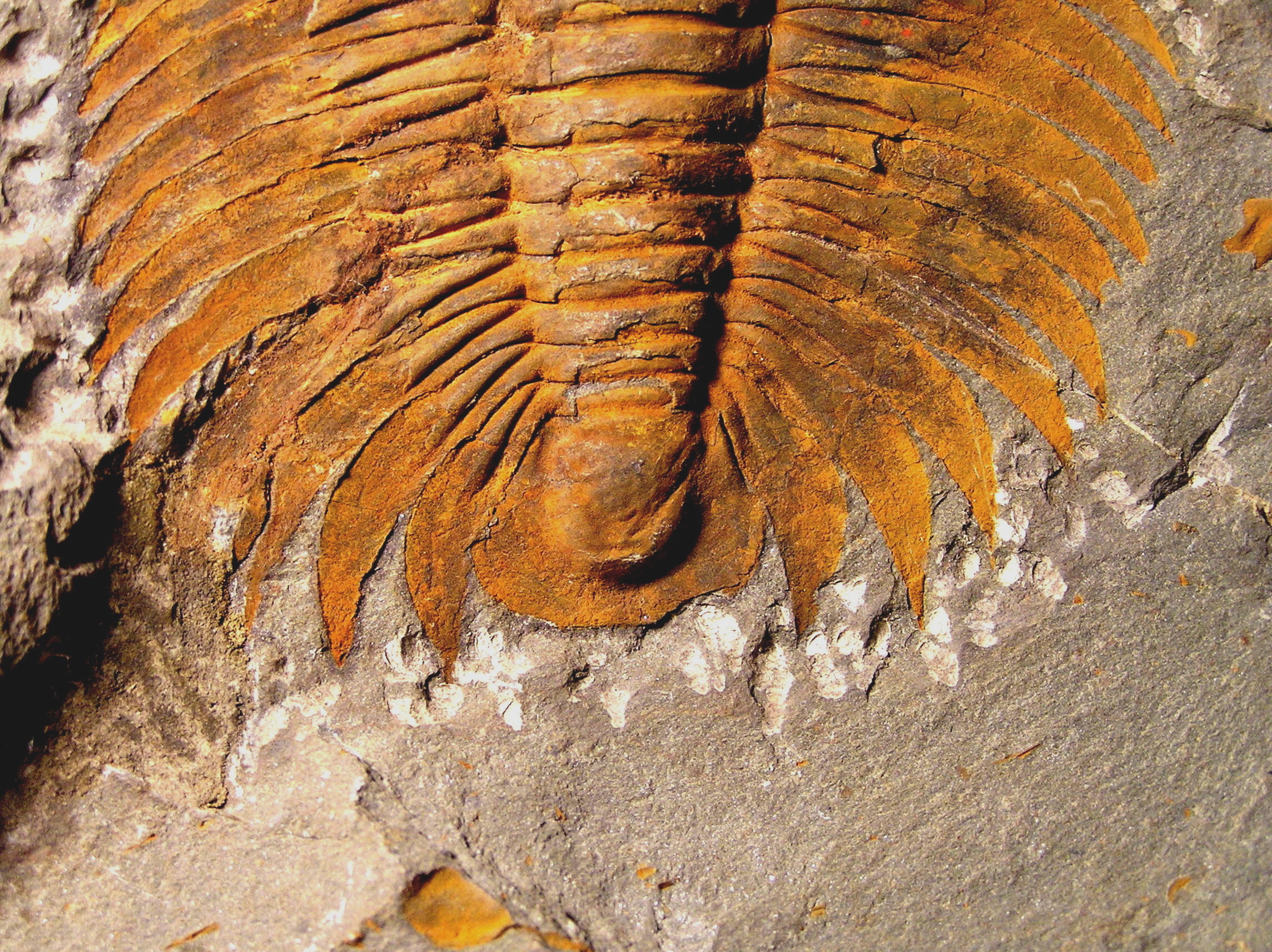 Note the close-up of the pygidium that is sub-triangular in appearance, so initially I had put it under the nobilis category, but it became clear because of the size of the trilobite and its age that this was most likely a levisetti.  This was in part due to the paper referenced above where the numbers of recovered nobilis compared to levisetti was much smaller percentage wise from this time period (2014:21). The photo above shows that there is a raised "mound" and a faint triangular piece that is visible on the pygidium. The pygidium itself has a piece broken off at the right hand corner.  The Trilobite Book (2014:46) confirmed the placement due (see photo below) to the size of the genal spines which are thicker and larger compared to other trilobites, and its overall large size, second only to Acadoparadoxides briareus. This trilobite is from the Tarhoucht area, Jbel Wawrmast Formation, Breche à Micmacca Member, Morocconus notabilis Zone: the base of the lower Middle Cambrian. 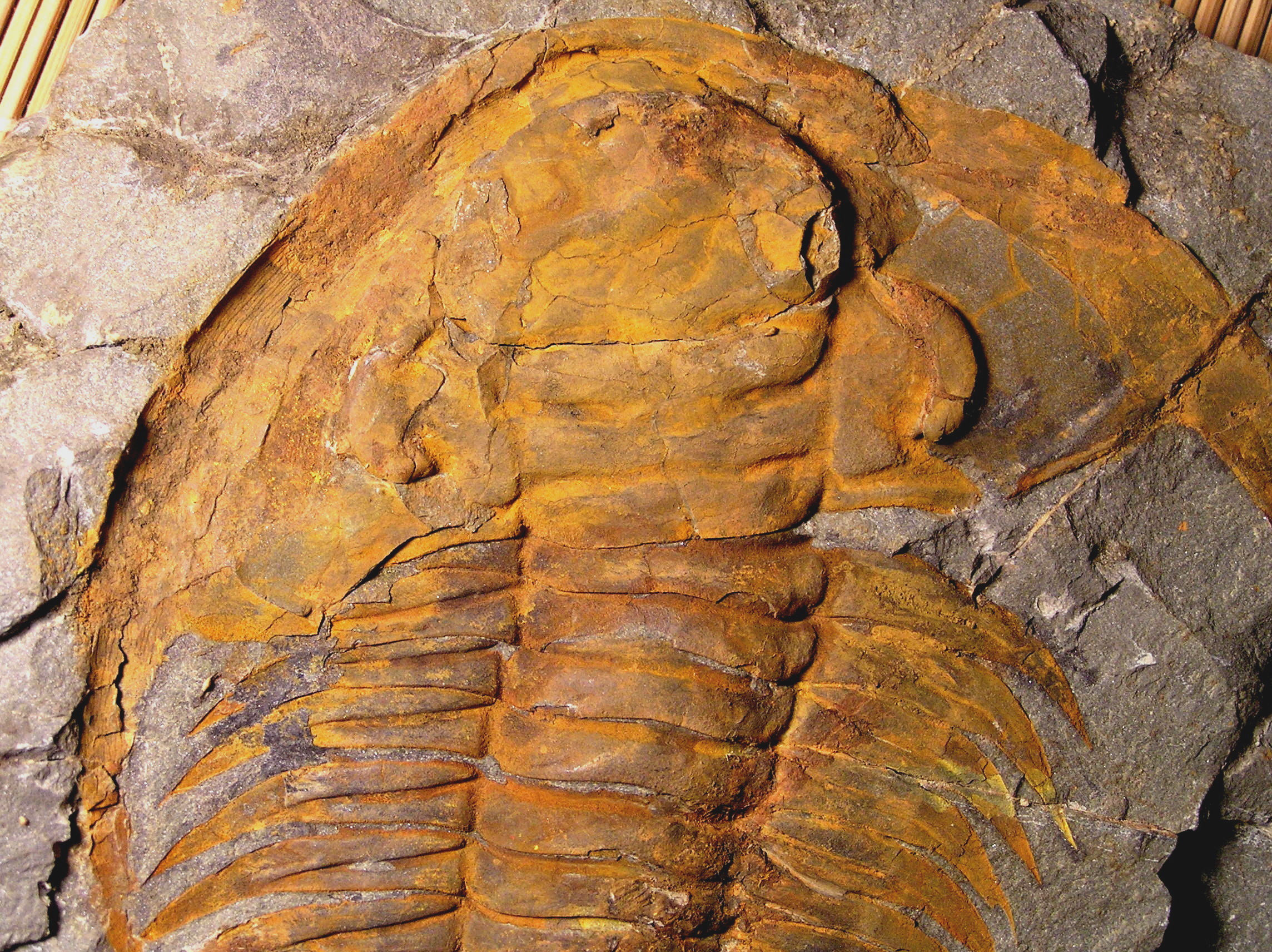 A smaller juvenile, one inch example below, shows the alimentary canal (gut) across the thorax. The cephalon is finely preserved. It has no restoration.  It cannot be confirmed that it is a juvenile A.levisetti due to the damage to the pygidium which faintly shows the triangular boss but does not show the full pygidium.  It definitely is not an A.ovatopyge due to its concave anterior border: this charateristic is found in A.levisetti.  Also, the genal spines which are rather large and long in comparison to their body is also characteristic of A.levisetti. 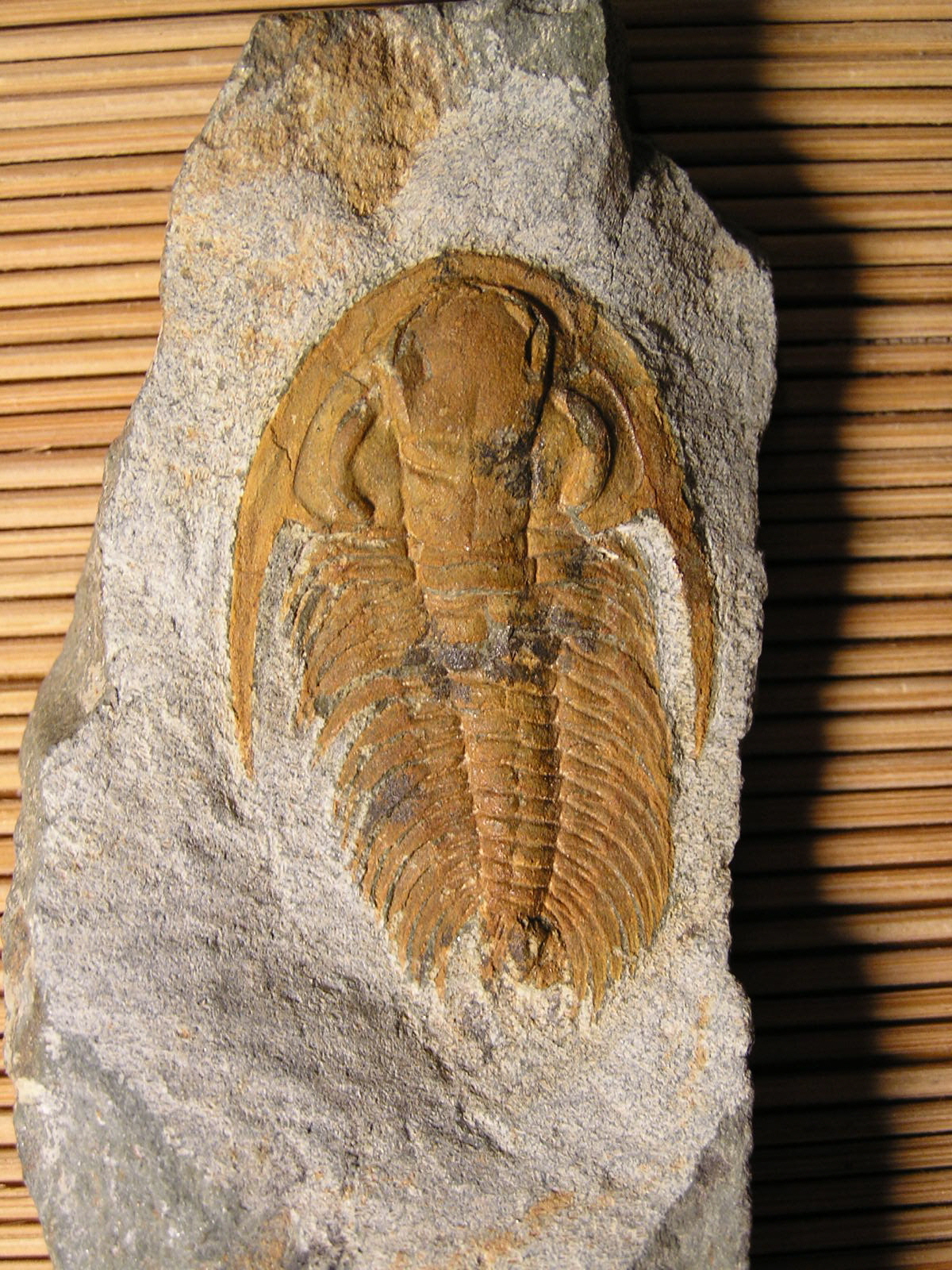