The pygidium of the ovatopyge is generally oval in shape while A.nobilis is sub-triangular similar to A.levisetti.  This specimen was initially placed under the A.nobilis category, but after having seen the paper by Geyer and Vincent, The Paradoxides puzzle resolved: the appearance of the oldest paradoxidines and its bearing on the Cambrian Series 3 lower boundary (2014), it is now placed under ovatopyge.  I have compared the pygidium with the A.nobilis, and the tell tale characteristic of the ovatopyge pygidium being oval in shape is confirmed when compared to photos of the nobilis pygidium which is more triangular (Geyer 2014:26).

This ovatopyge specimen does have other individual characteristics which is not generally shared with other Acadoparadoxides: it has pleurae that are longer than usual specimens and extends far beyond the body of the trilobite. It is unclear though whether this is typical of ovatopyge or not. It is unusual to be preserved this way; typically, it is preserved with the pleurae overlapping each other. The bulbous glabella that dominates the cranidium is a characteristic of the ovatopyge as is the well defined and large palpebral lobes.

A large glabella that expands forward characterizes this genus and differentiates it from Hamatolenus and Protolenus which by contrast has a glabella that tapers anteriorly, or is less wider in front (anteriorly) than in the back (posteriorly). Well defined glabellar furrows that usually number four, two of which dissect the width of the glabella, the third one prominent, but the fourth one very faint. The specimen is approximately three inches long.  Unfortunately the genal spines are most likely not just restored but fabricated as it is very different from the typical genal spines of the genus. The rest of the trilobite, the cranidium, the pleural spines, thorax and pygidium are exceptionally well preserved though clear coated which makes the usual orange limonite color appear brown. 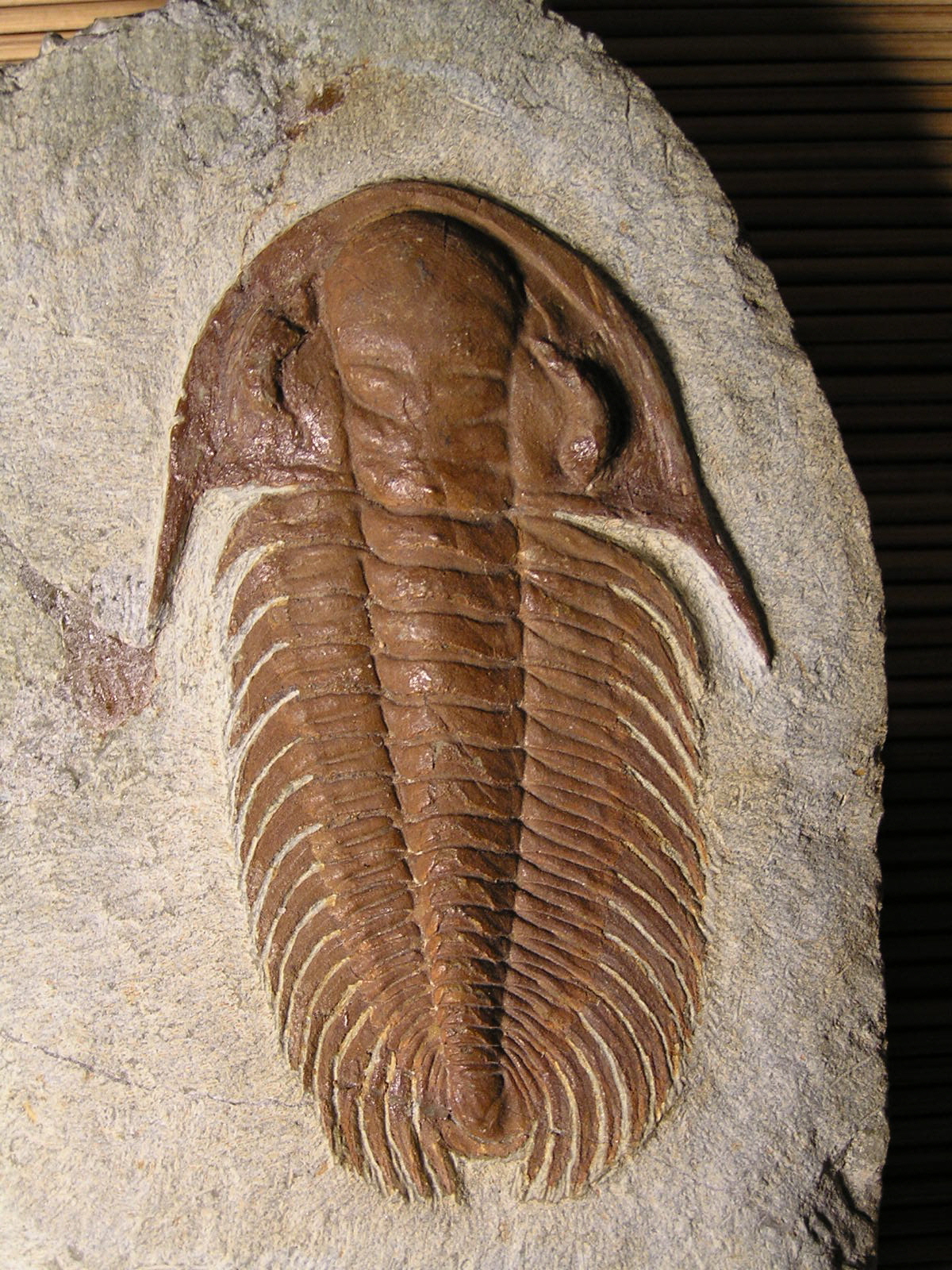