Along with the Acadoparadoxides the other ubiquitous large trilobite being sold on the fossil market found in all Moroccan fossil sites and at mineral and fossil shows is the Cambropallas telesto.  Previously mis-labeled Andalusiana this trilobite is a unique one that is easily identified unlike the myriad types in the family Ellipsocephalidae.  It has unique features that has no known (at least not yet) sub-genus or separate species.  The glabella is unique to this species and is shaped like a gourd unlike any other Cambrian trilobite.  It is wider anteriorly and wider posteriorly than in the middle part of the glabella.  It also has a very large cephalon in comparison to the entire body, making up a good forty percent of the overall length of the trilobite.  Its cephalon resembles in shape and size the modern horseshoe crab and its genal spines are broad.  Like the Acadoparadoxides the Cambropallas is found in a particular layer of the Lower Middle Cambrian and is thought to have been living in the same time period.  The most abundant area where this has been found is Jbel Ougnat. 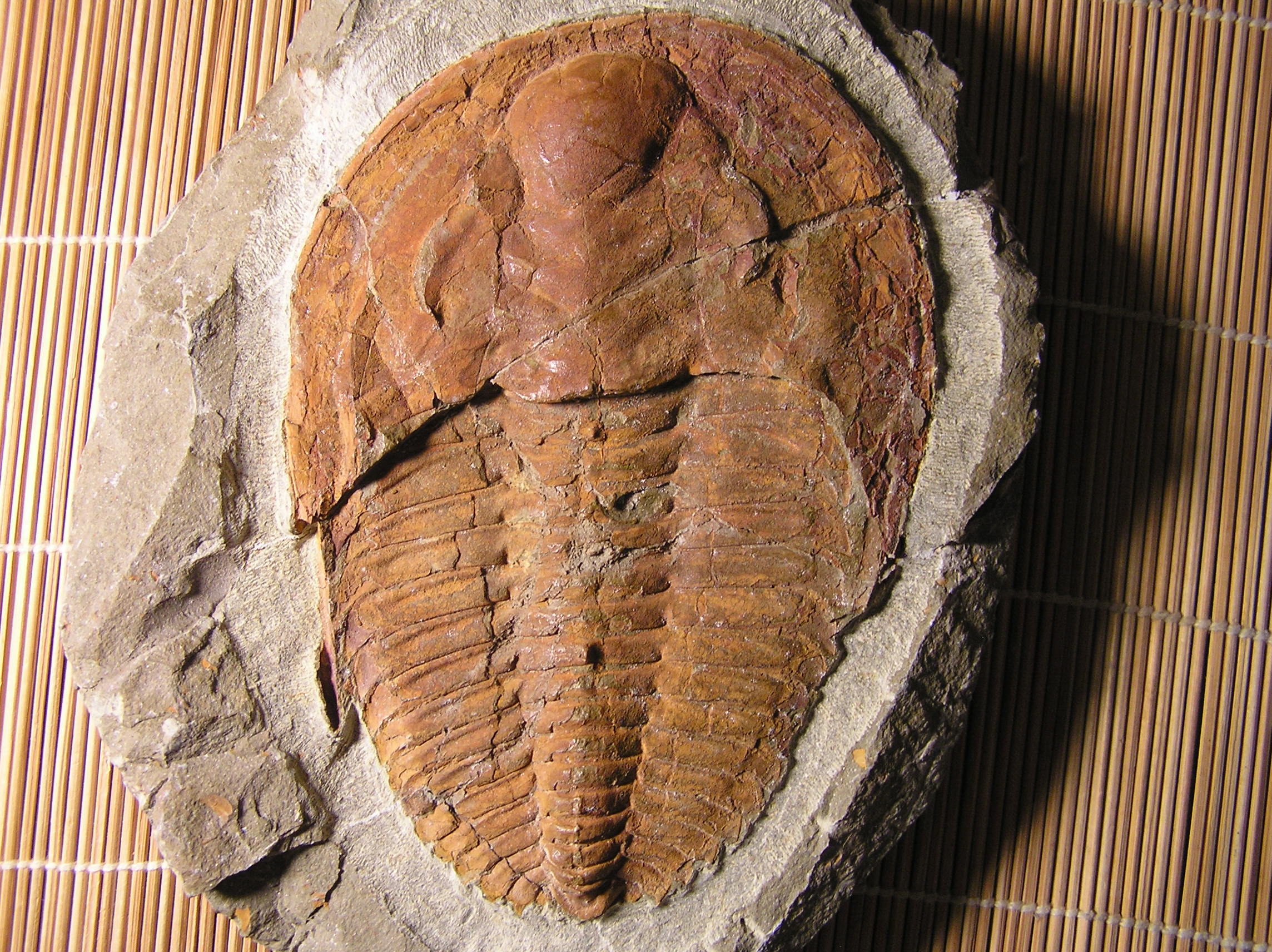 Close-up of this Cambropallas above shows little or no restoration and reveals the glabella having four backwardly directed furrows.  Notice the natural breakage of the cepahalon occuring when the fossil was found, and unavoidably broken in the process of removal and then glued together before preparation.  The crescentic eyes are not accompanied by a long palpebral lobe and located closer to the glabella, different from Protolenus and Hamatolenus. There are also thoracic nodes that can be seen on the middle rings of the trilobite (including the occipetal ring) which grow higher into spines towards the posterior end of the trilobite. 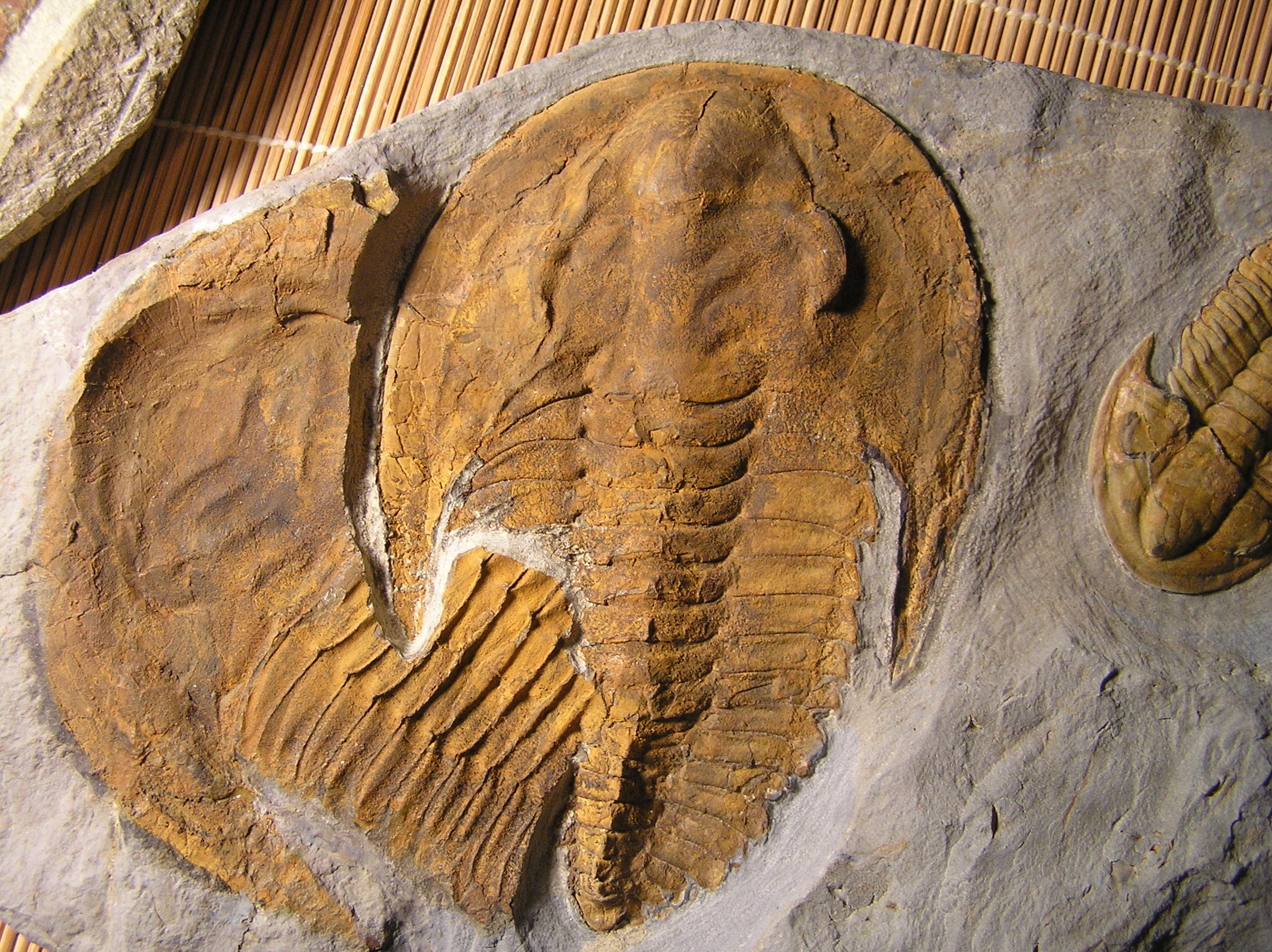 A rare assemblage of a Cambropallas negative impression underneath a positive, sharing space with a Pseudolenus ourikaensis.  This fossil is pristine and has no restoration.  The cephalon shows a longer and less broad genal spine than that of the previous specimen.   The negative mold to the left shows the four glabellar furrows very clearly. 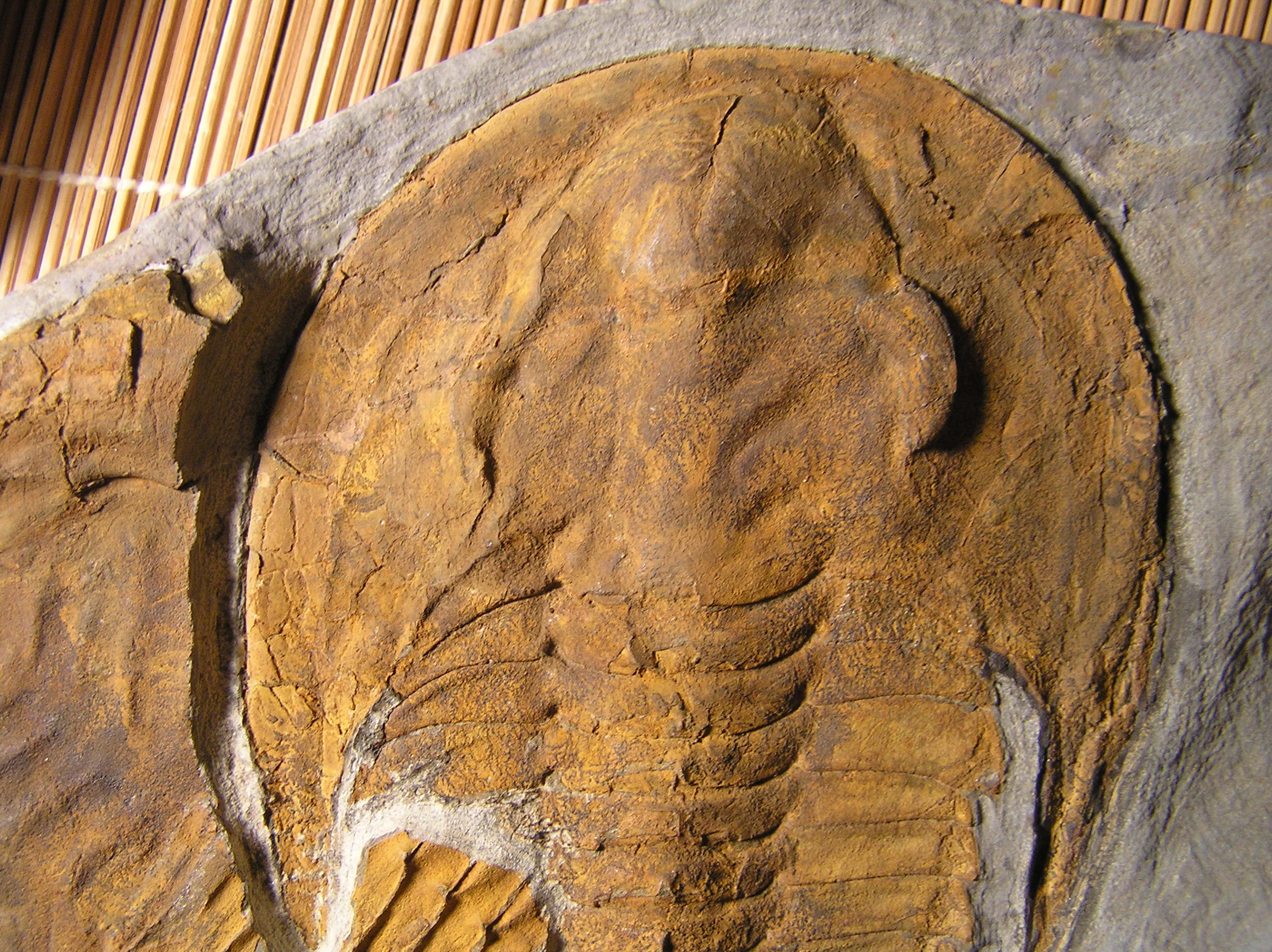 The cephalon shows very fine details with the eye lobe being most prominent, and a short palpebral lobe that makes a line anteriorly to the glabella.  The broad cephalon is flat and hard to differentiate from the anterior border. 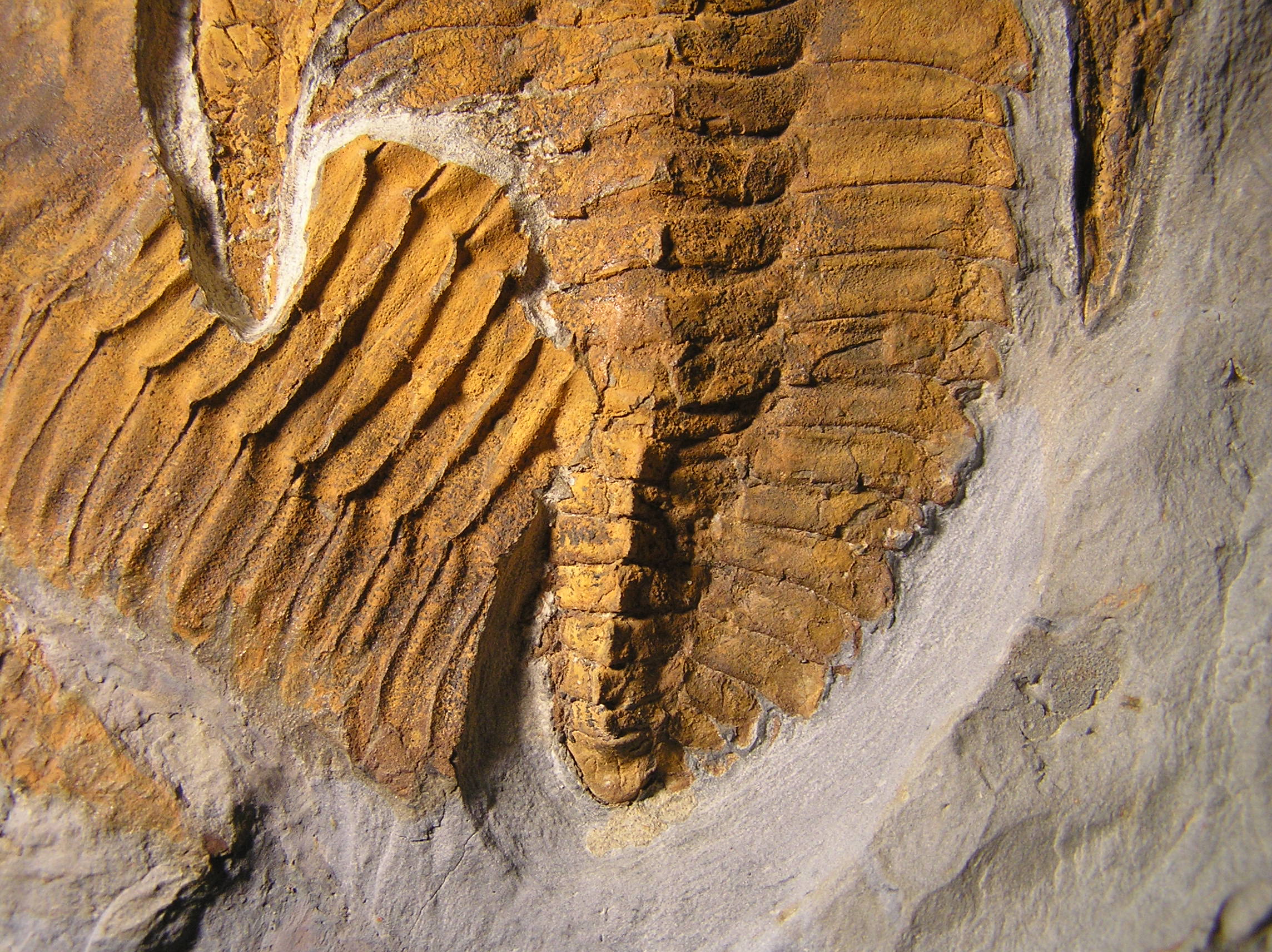 The bottom of the thorax shows the thoracic spines that are taller on the last six rings, and in some very well preserved specimens can be quite spectacular, and is unique to this species.