The Hamatolenus genus is one of the more common medium sized Moroccan Cambrian trilobites on the fossil market.  Most of the Hamatolenus that come out of Morocco are mis-labeled as Pseudolenus ourikaensis (or simply as Pseudolenus).  This name is actually not scientifically used as this is known as Latoucheia (Pseudolenus) ourikaensis and characterized by a wider pre-glabellar field than the Hamatolenus.  This species is not as abundant as the more common Hamatolenus and related Myopsolenus.  Generally, the difference between a Hamatolenus and the Myosolenus is that the Hamatolenus has a palpebral lobe that does not extend to the posterior border of the cranidium (Treatise of Invertebrate Paleontology 1959, Part O; pg.O211); it is somewhat "s" shaped, and in well preserved specimens can be seen as a parafrontal band in front of the glabella.  Differentiating between Hamatolenus species such as draensis and maroccanus is difficult as preservation of key distinguishing features is necessary but often lacking.  For example, I have yet to find a Hamatolenus with an occipital spine even though in Geyer's diagnosis maroccanus has a stout spine and draensis has a node or small spine.  Also, tracing the entire para-frontal band shows rare preservation. 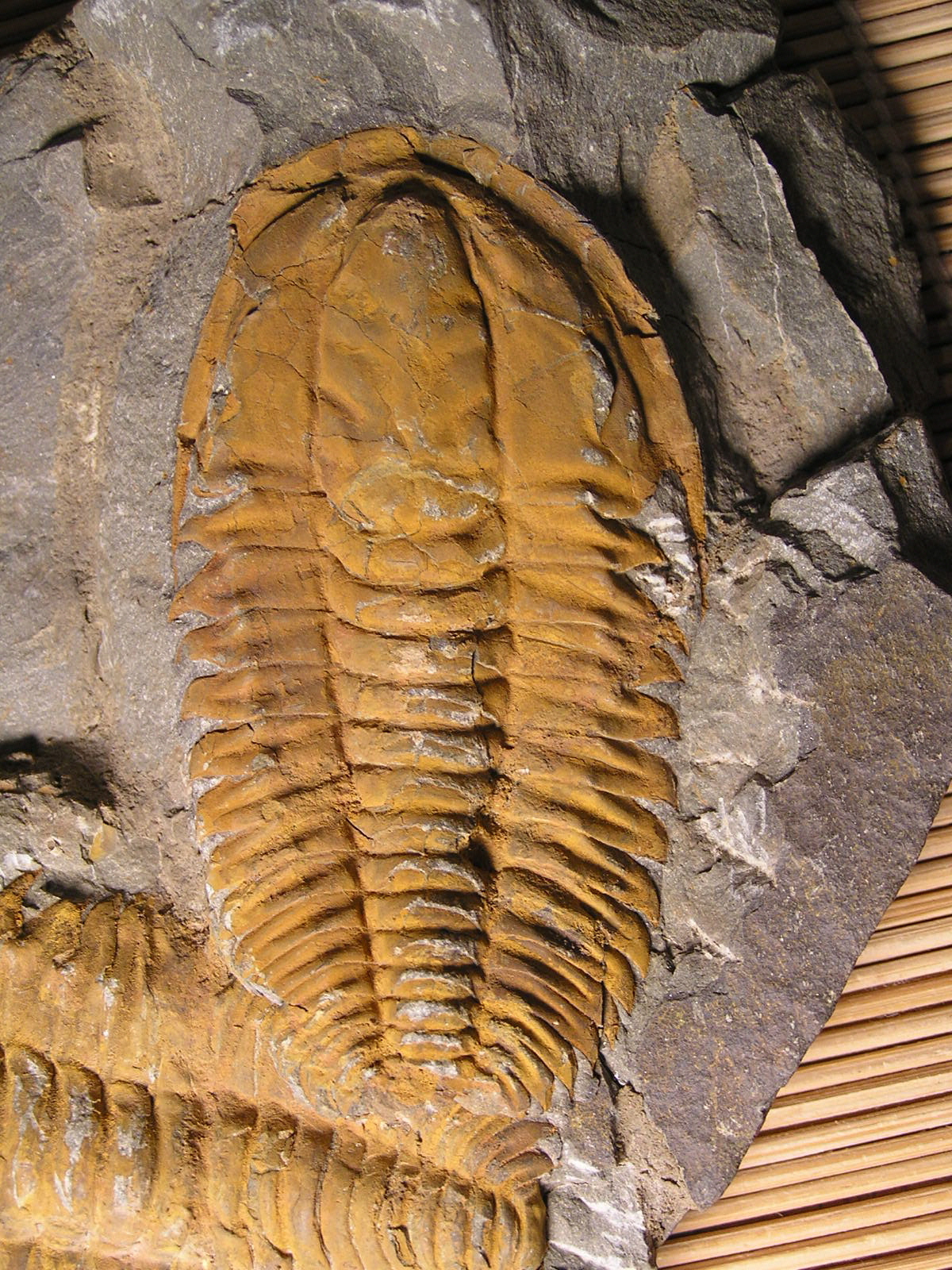 Here is an association plate of two Hamatolenus trilobites. Both have Hamatolenus characteristics, however, the second one (below) shows even more of a clear space between the palpebral lobe and the posterior border of the cranidium and a shorter palpebral lobe; this maybe due to its preservation where the palpebral lobe is crushed upwards.  Some specimens are easier than others to differentiate.  What complicates the diagnoses further is that there is an error in the Treatise of Invertebrate Paleontology, Part O, Trilobita: the illustrations of both trilobites cranidia, Myopsolenus and Hamatolenus, are reverse of the description. 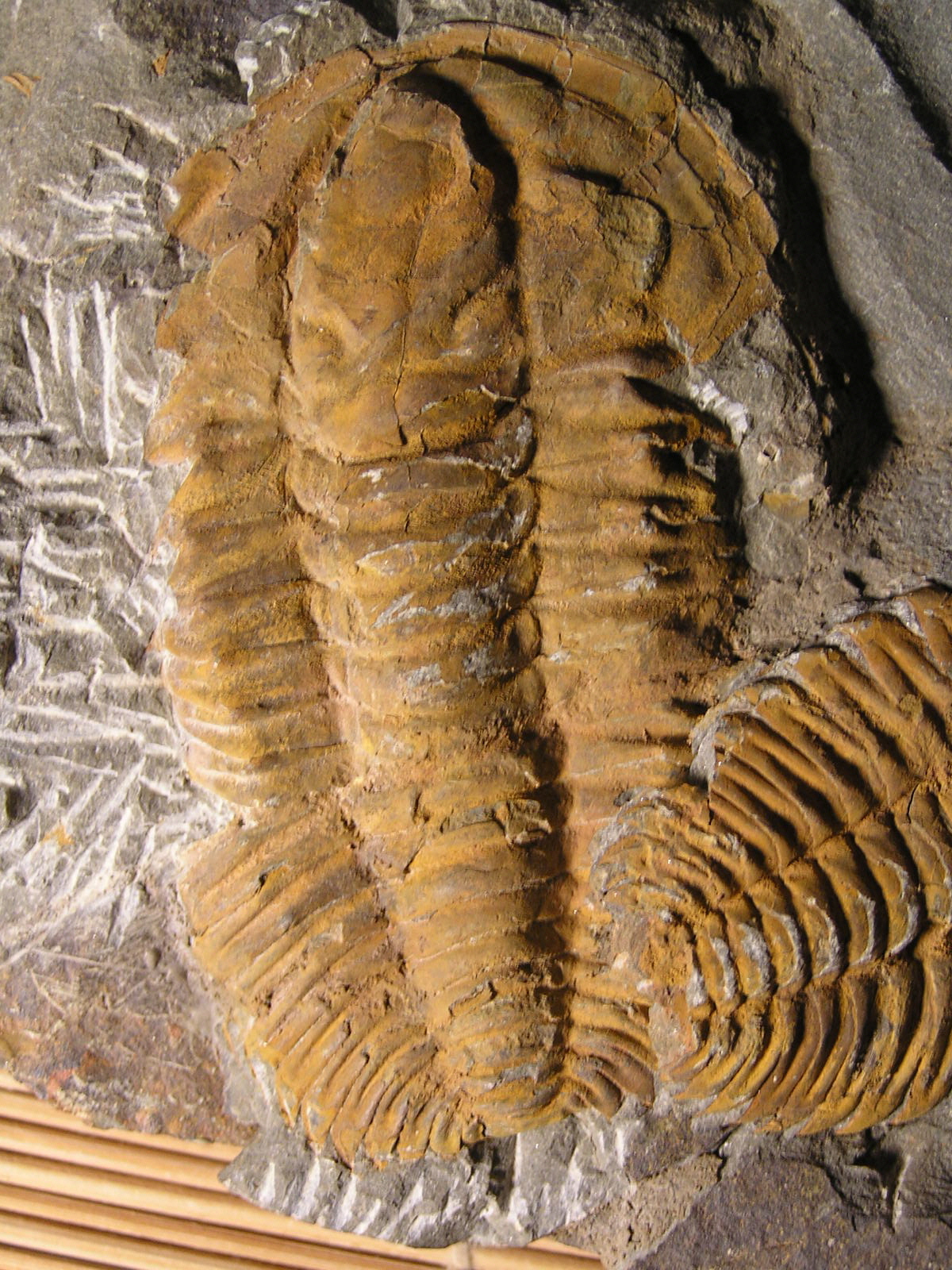 The thorax of the trilobite on the left of the plate is partially overlapped by the one to the right (above). 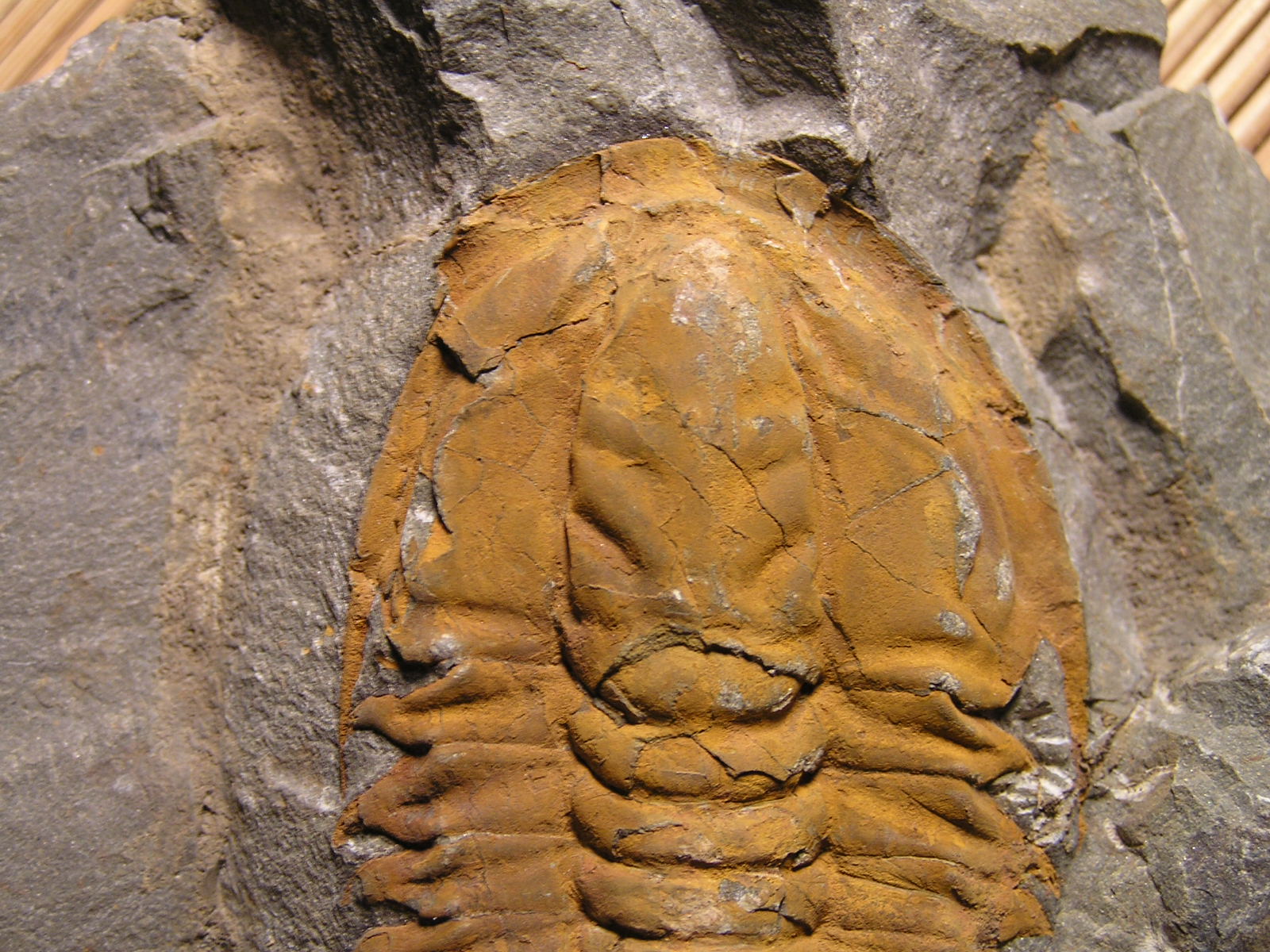 This is a close-up photo of the cephalon showing the defining characteristics of this genus, a palpebral (eye) lobe that is somewhat "s" shaped that can be traced in front of the glabella (known as a para-frontal band). It does not reach the posterior border. The glabella has three backwardly directed furrows and a tapered front.  There is also a concave brim, the anterior border that terminates with small but sharp genal spines. Depending on the sub-genus the palpebral lobe may reach the posterior border.  The occipital spine is not preserved on this specimen, and it looks like a part of the occipital ring where the spine would be attached is broken off.  Even without the spine or indication of this the specimen has other characteristics that point to this genus.

This photo (above) shows the small round pygidium of the second trilobite on the right, but is similar to the genus as a whole. 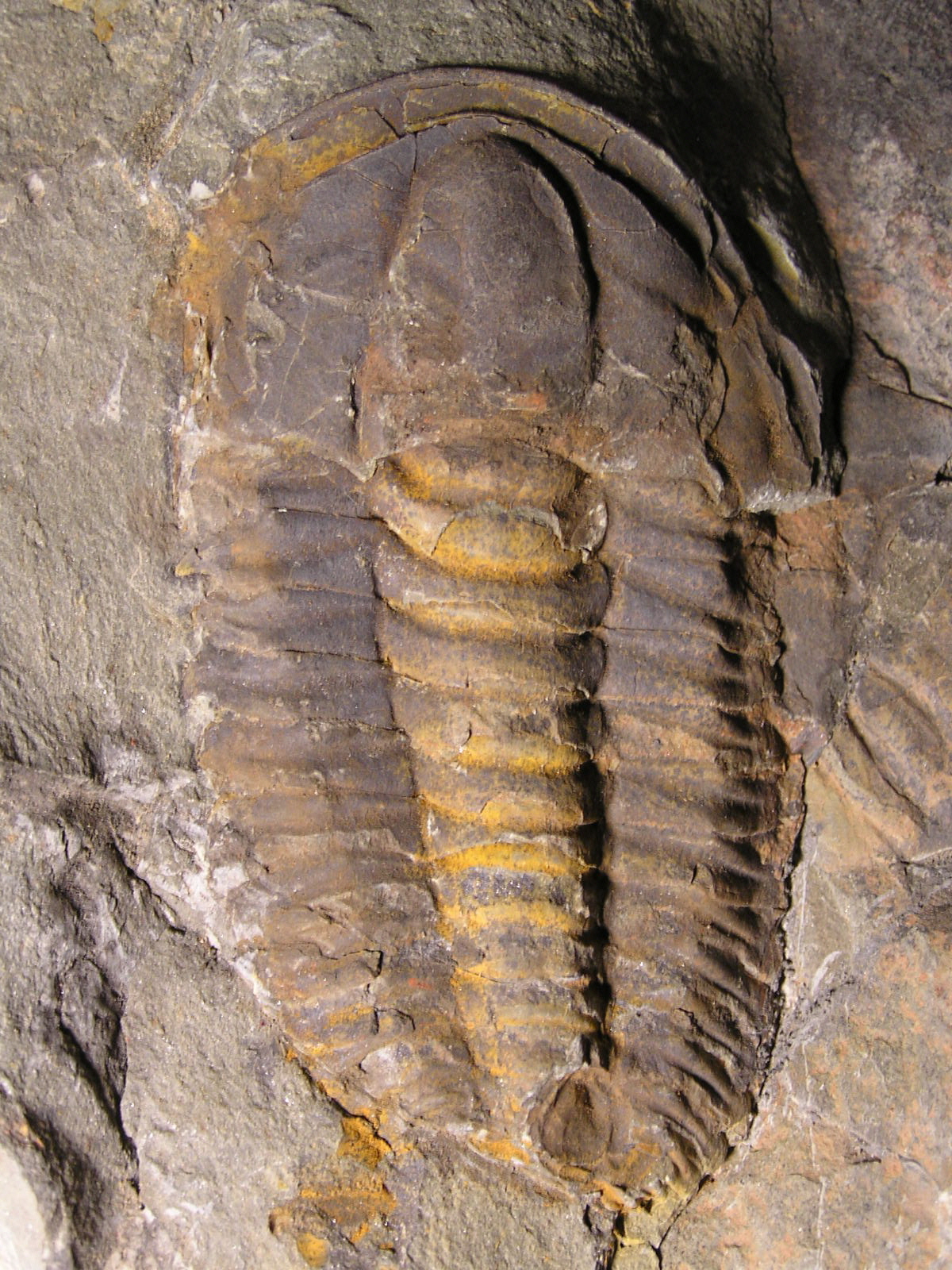 This photo shows another example of what looks like the same species.  It has the characteristics (diagnostics) of Hamatolenus, characterized by a prominent convex glabella with three backwardly directed sutures, and palpebral lobes that dominate the cranidium, that in well preserved specimens can be traced in front of the glabella and nearly all the way back to the posterior suture of the cranidium.  This type averages about two to three inches long.  This is most like a maroccanus, complete with "s" shaped palpebral lobes.

This usually has small, sharp genal spines, but this specimen lacks one that's broken off on the right side, and on closer inspection the left genal spine is visible but somewhat compressed close to the free cheek. Otherwise, the specimen looks pristine without restoration.  Notice also that the small pygidium is flipped over onto the thorax.