After finding the original Collyrolenus staminops description in the Treatise of Invertebrate Paleontology, Part O (pg.O211), the distinction for Collyrolenus is not only based on the palpebral lobe being shorter and not reaching the posterior furrow of the cranidium, but also on the anterior part of the glabella being somewhat pointed.  The genal spines are stout and broader than found on most Hamatolenus or H. Myopsolenus, and the palpebral lobes seem to reach the posterior furrow of the cephalon, but is not enough to put this specimen in a different sub-genus/species.  It is like (cf.) staminops despite the genal spines being stouter and wider than the typical Myopsolenus.  Other factors such as the general appearance of the trilobite are considered in leaving this in this sub-genus/species.  Mainly, the glabella is not large enough to put this into the Protolenus cf. paradoxoides category.  It looks too much like a staminops glabella.

The glabella is somewhat crushed on the anterior left side. This occurrence is something I have noticed generally for the glabella of Hamatolenus, Protolenus, and Paradoxidines: that the glabella is not always the same uniform appearance between specimens and depends on how it was preserved. 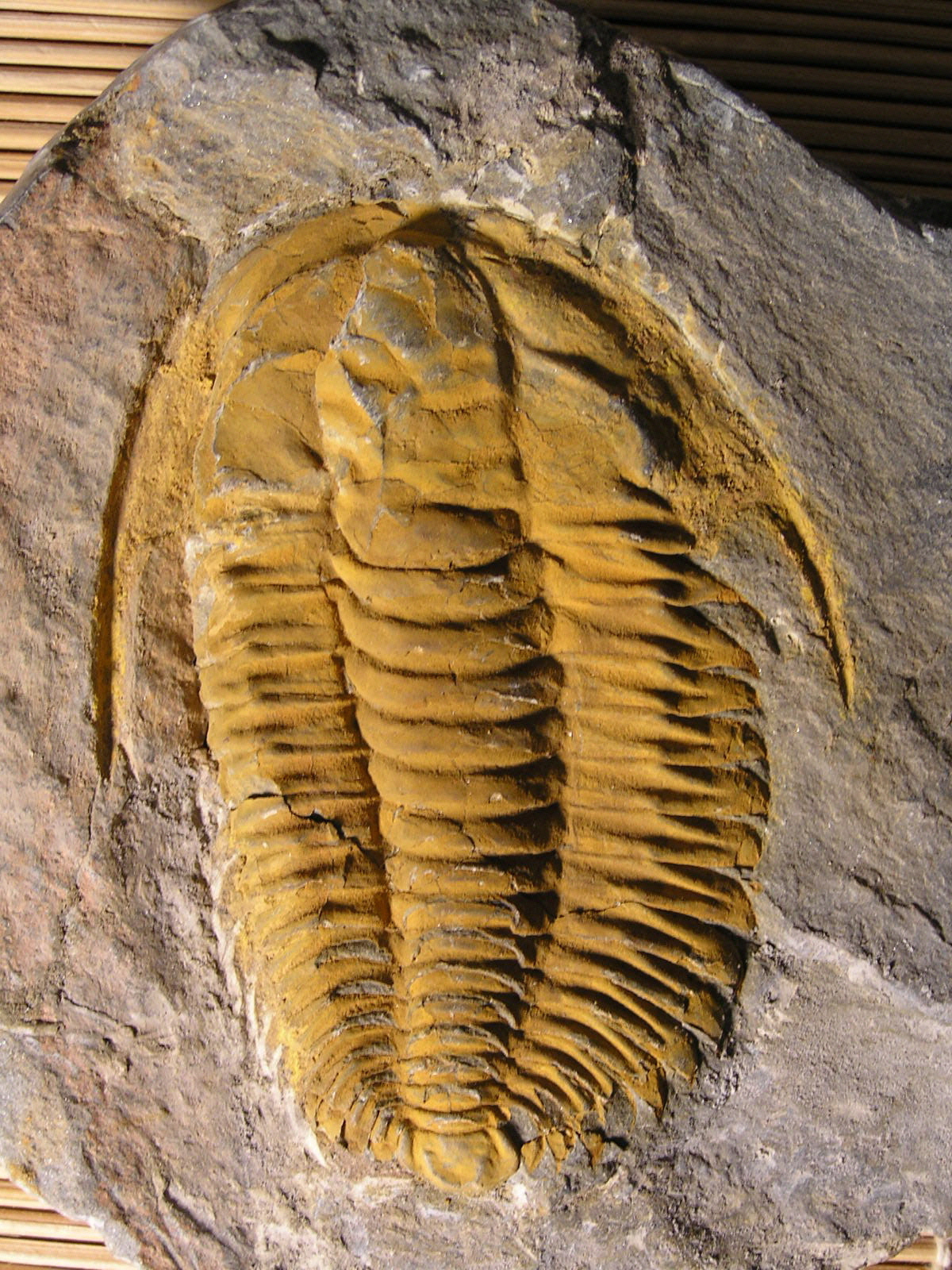 Note especially the left palpebral lobe preserved with the limonite rubbed off.  It seems to touch the posterior border of the cranidium. The right palpebral lobe extends under the glabella anteriorly. It also appears to extend to the posterior furrow though stopping short which makes the right side myopsolenus-like, complete with a palpebral lobe that is sub-parallel to the anterior margin of the cephalon.  There is a slight crushing of the glabella forward which also causes the anterior border to be raised and curled in a concave shape. 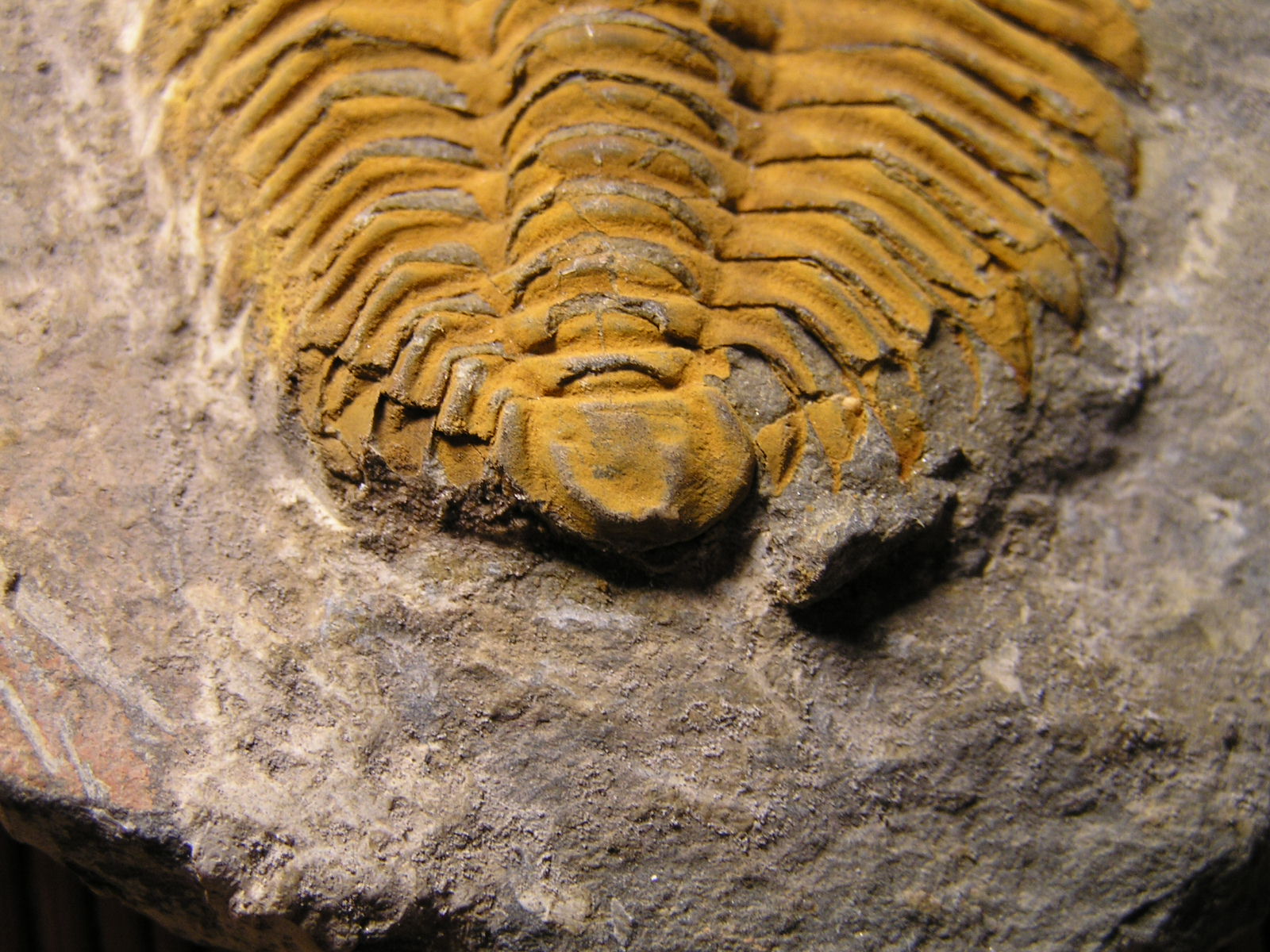 The semi-circular pygidium is well-preserved. Overall this is a completely articulated specimen of Myopsolenus cf. staminops.