The Ornamentaspis genus is quite common in Morocco, but have only been recently recognized. Usually the genus is determined by where it has been found. For example, the usual location where Ornamentaspis for the fossil market come from are the locations where other Cambrian trilobites have been found such as Ourika Wawrmas, Jbel Ougnat, and Tufosemant.  That is why here I have the cf. (like) usitata designation as there are several varieties of Ornamentaspis, but this one along with O. angustigena seem to be more widespread in the layers where collecting takes place, the Cephalopyge notabilis zone and the Ornamentaspis frequens zone. O.usitata have small occipital spines that are rarely preserved.  The first three Ornamentaspis photos are from one slab made up of a number of trilobites composited together.  These slabs are typically made for the fossil market, and some collectors avoid these while others (myself included) collect them as long as the individual trilobites are real.  It is often not worth the time and effort for Moroccans to make forgeries of these types.

Ornamentaspis cephalons are much more effaced than the Protolenine types with mere suggestions of glabellar furrows.  Also, there is usually a broad pre-glabellar field unlike in most Protolenus and Hamatolenus. The glabella are usually square in general shape.  The occipital spine can be see to be broken off in the first and last photos. 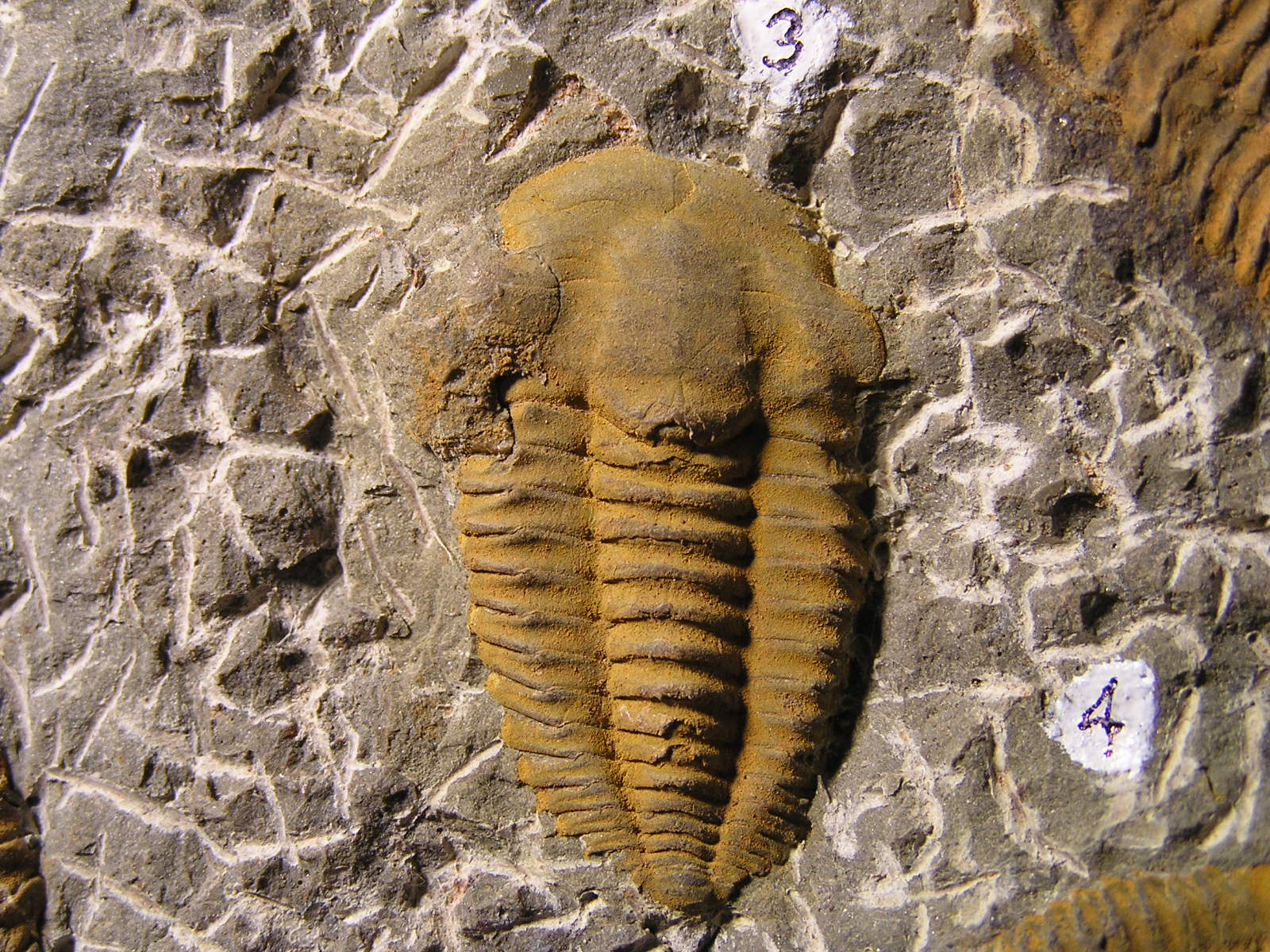 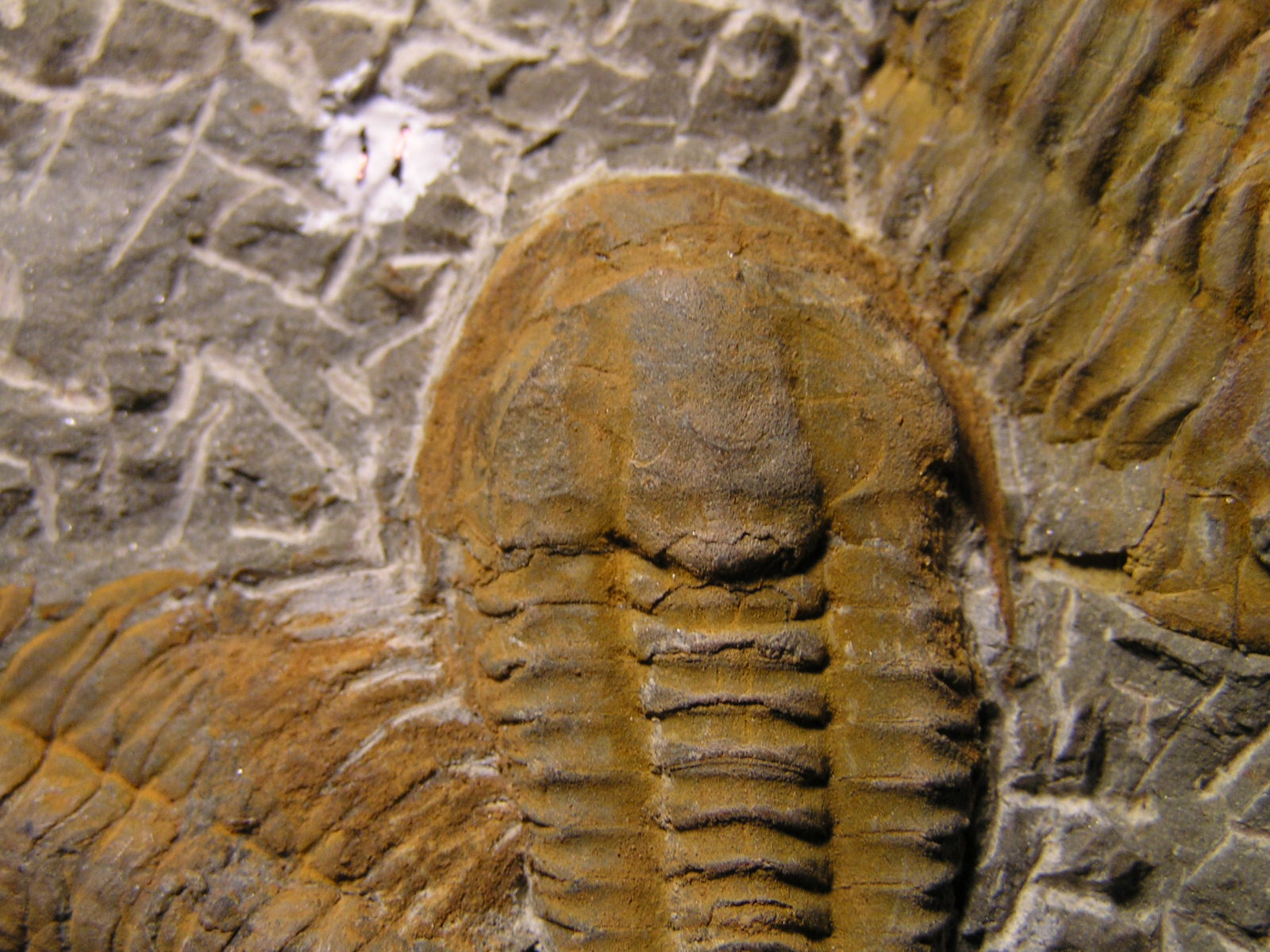 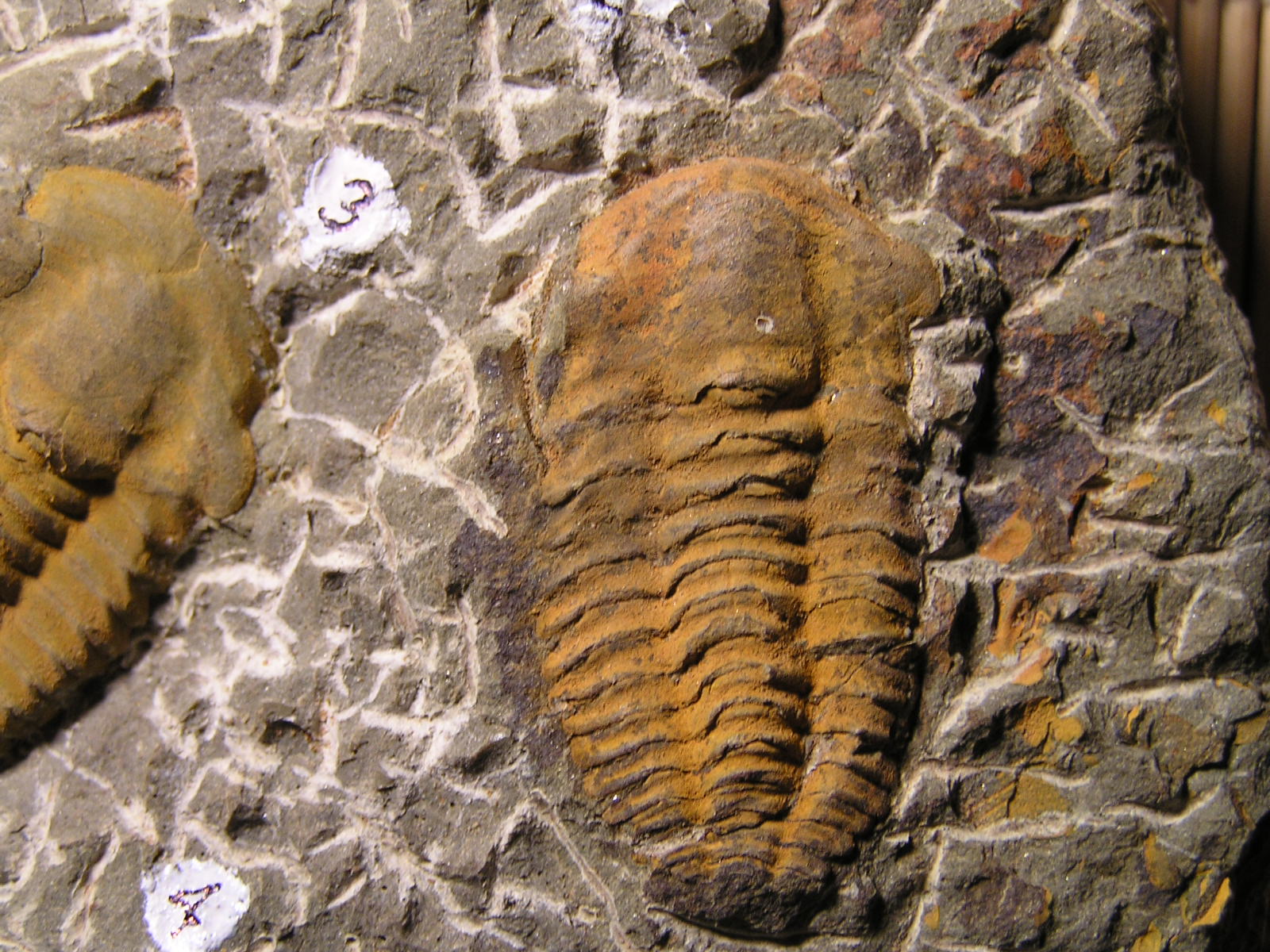 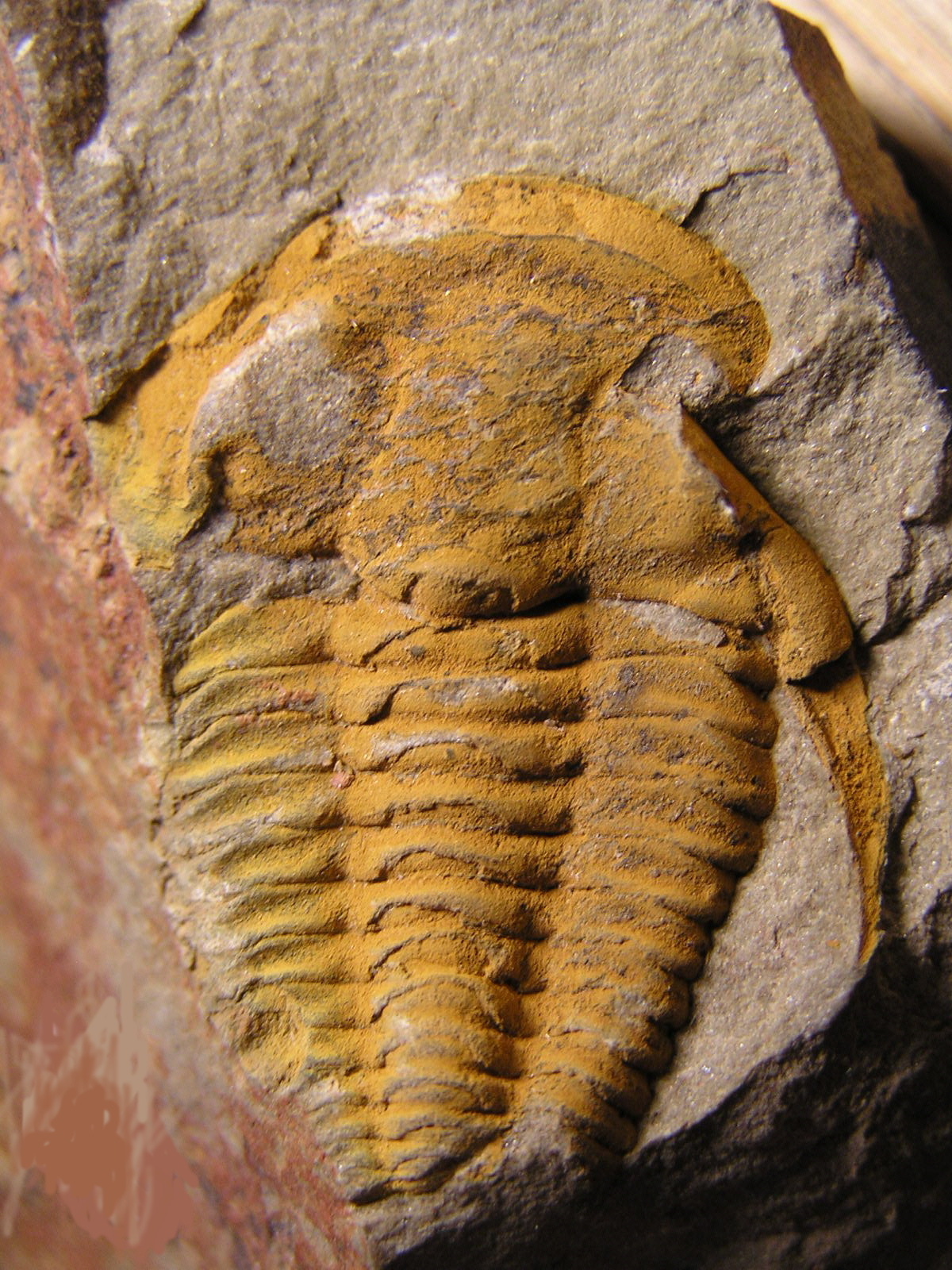 This one has a rare instance of a genal spine and free cheek though it is crushed into the cranidium.