Protolenidae family; genus Protolenus cf. paradoxoides.  The palpebral lobes maybe partially hidden by a large glabella, but unlike morocanus the "s" shaped palpebral lobes are not apparent. The anterior cephalic border and the genal spines are small and thin but pointed like morocanus. Unlike morocanus the glabella is large and there is no pre-glabellar field. The cephalon is not as long vertically as morocanus or other Hamatolenus. The palpebral lobes are preserved but partially broken, and they reach to where the posterior furrow should be even though the furrow is barely visible. There are fifteen thoracic segments.  The shape of the pleural spines and pygidium are well preserved. The thorax is long and streamlined and the cephalon is shorter length-wise in comparison to both the Hamatolenus and Myopsolenus.

Not sure of the species but most like the paradoxoides within the genus Protolenus.  Among the Protolenus the paradoxoides has the largest glabella with three backwardly directed furrows like the specimen. This has a large glabella that extends to the anterior border with no apparent pre-glabellar field.  The eye ridge and palpebral lobe has the same shape as the example in the Treatise of Invertebrate Paleontology Part O (pg. 210), but thicker in the illustration.  The test palpebral lobes are not complete in that they are partially broken off as mentioned previously.

There is also a complete cephalon of another trilobite on the upper left corner.  It is of an Ornamentaspis triangularis. The limonite has been taken off the cephalon most likely by the preparator. 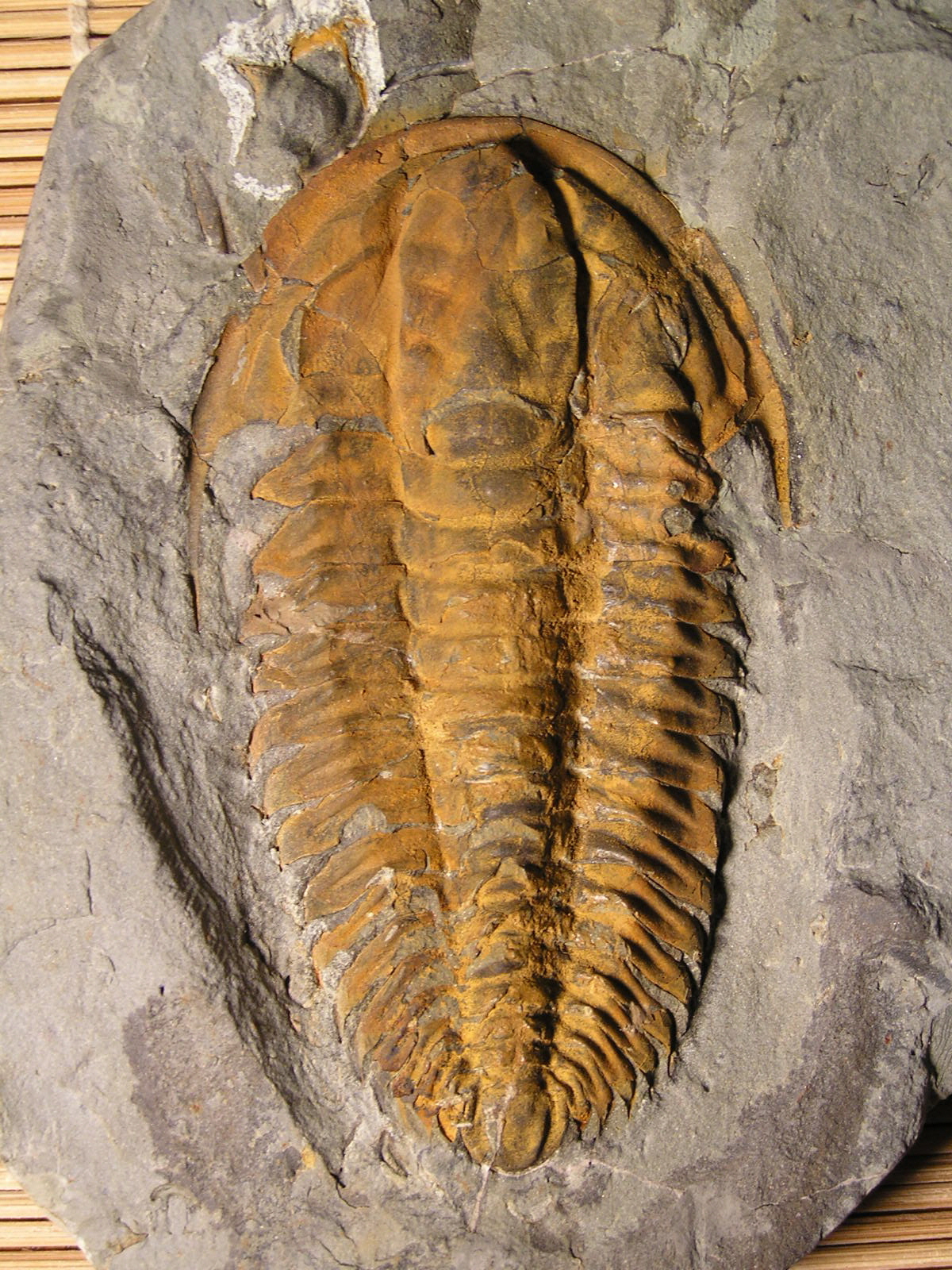 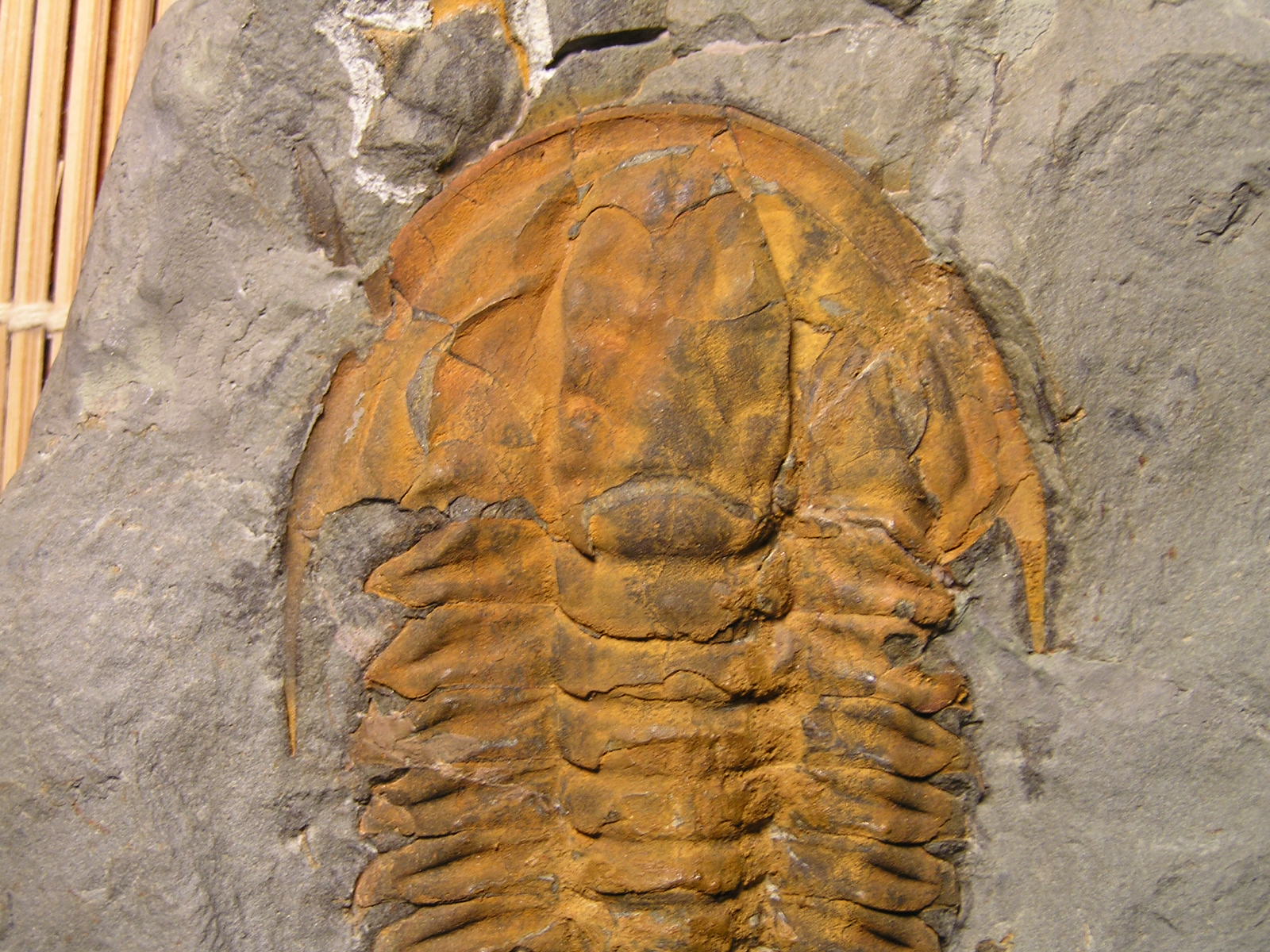 There is a trail of a mollusc to the left of the specimen (below), most likely from a gastropod (snail). 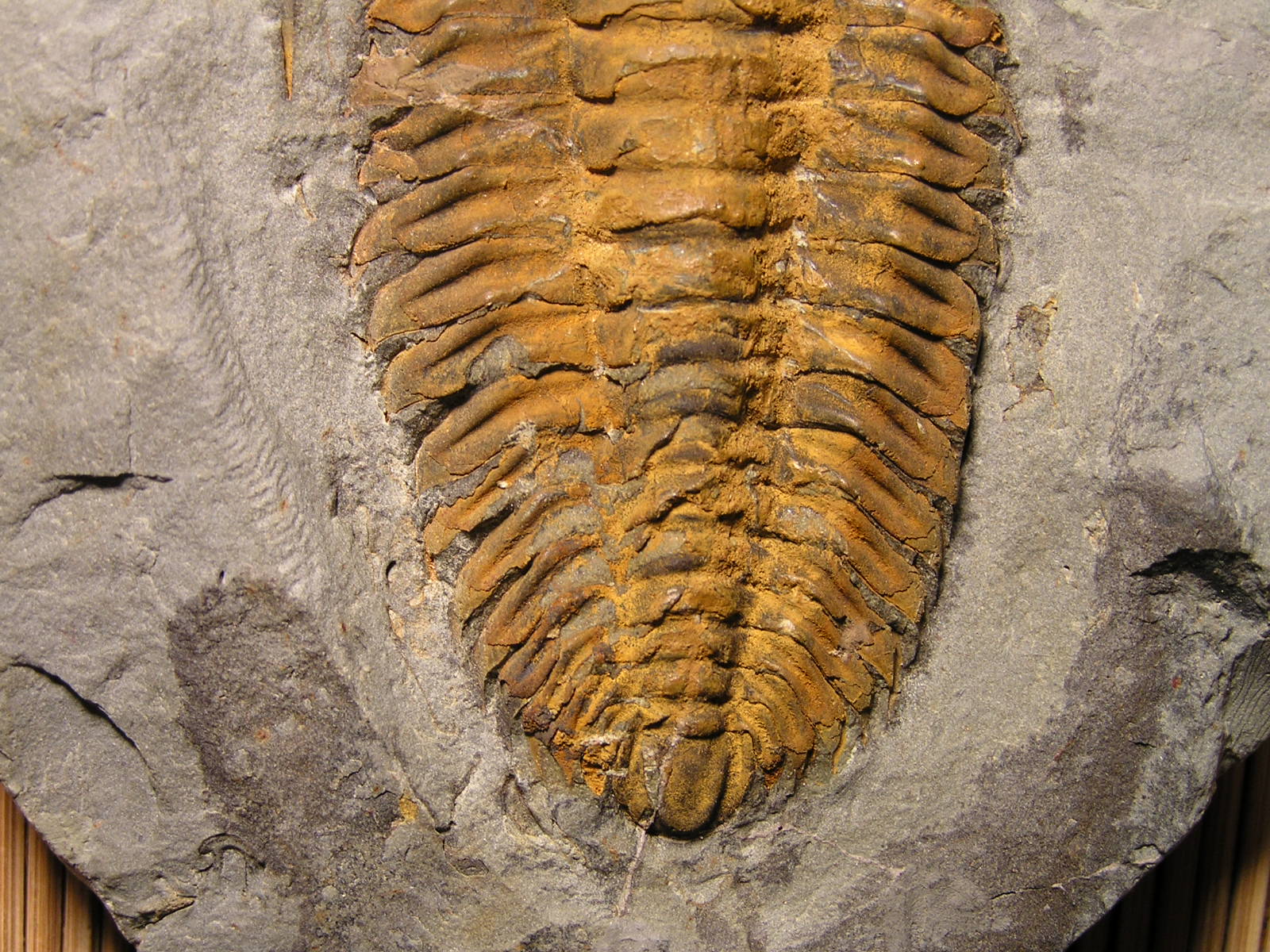